Established in 2003, the Common Law Honour Society is the Common Law Section’s most prestigious alumni distinction.  The inductees for 2013 are Josée Forest-Niesing (’88), Karin Galldin (’05) and the Honourable Charles Hackland (’75).

These three individuals have used their legal education as a foundation for the achievement of great success in their chosen professions.  Each inductee was selected by a committee of their peers.  They join a distinguished list of prior inductees, which can be viewed here. 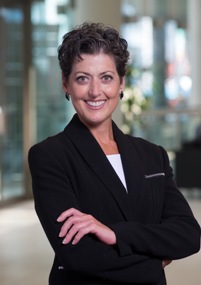 Josée Forest-Niesing was called to the Ontario Bar in 1990.  She initially pursued a career in family law before expanding to the areas of estate law, real estate law, insurance law, civil litigation, education law and employment law.

She was approved by the Ministry of Children and Youth Services to perform private adoptions, and appointed by the Chief Justice of the Ontario Court to serve on the Family Rules Committee for the province.  She also served for 15 years as a Deputy Judge of the Small Claims Court.

Her commitment towards access to justice in both official languages in Ontario and Canada has led to her active participation in a variety of organizations, including appointments as President of the Federation of Associations of French-Speaking Common Law Jurists  (FAJEF) from 2009 to 2011; President of the Association of French Speaking Jurists of Ontario (AJEFO) from 2002 to 2004; and Chair of the Official Languages Committee of the Ontario Bar Association from 2000 to 2002, among her many other appointments. 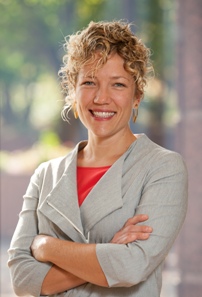 Karin Galldin is a graduate of the combined LLB-MA in International Affairs program at the University of Ottawa, and is an established lawyer, advocate and feminist in professional and voluntary capacities.

Ms. Galldin has been lucky to work with her friends in founding and growing a feminist-identified law firm in Ottawa, Galldin Robertson.  Her law firm has allowed her to work for the benefit of the community by supporting survivors of sexual violence and by partnering creatively with sex work advocates, women's groups, and the queer community in law reform activities.

Ms. Galldin actively mentors young women entering the profession through her practice, and also teaches Rights and Freedoms to undergraduate students in the Civil Law Section of the uOttawa Faculty of Law.  She has participated on various community boards, including the Ottawa Rape Crisis Centre, Nelson House, Sexual Overtones and Canadians for Choice.  She is currently pleased to be Project Director of the Canadian Bar Association's Legal Futures Initiative. 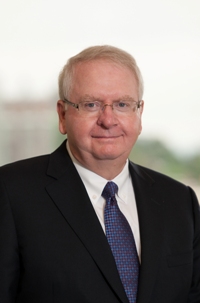 Charles T. Hackland was called to the Bar of Ontario in 1978 after completing his legal studies at the University of Ottawa (LL.B 1975) and Oxford University (B.C.L. 1977) and articling at the Supreme Court of Canada.  He was appointed to the Ontario Superior Court of Justice in October of 2003.

Prior to his appointment, he was a senior partner at Gowling Lafleur Henderson (Ottawa) specializing in employment and administrative law and the defence of negligence claims on behalf of physicians and other professionals.

Justice Hackland was appointed Regional Senior Judge of the Superior Court of Justice, East Region in May of 2008.  In that capacity he oversees the administration of the Ontario Superior Court and its 10 Court sites and 45 judges in Eastern Ontario.

A co-founder of the “Montebello Conference,” Justice Hackland is a dedicated promoter of continuing legal education.  He is also a frequent lecturer and friend of the law school.

This year’s inductees will be formally recognized at the 2013 Common Law Alumni Gala Dinner on September 28, 2013 at the Fairmont Château Laurier.

Because staff are currently working from home, we are easiest to reach via email.